Henry Scott Tuke was born in York in England in 1858. Tuke was a portrait, figure and marine painter. He was educated at the Slade School of Fine Art in London in 1875, Florence 1880 and Paris 1882. He started to paint in Newlyn and later in Falmouth in 1885.

He undertook portraits of local fishermen and sailors leading on to groups of nudes. Being on the coast he also painted passing shipping and harbour views including timber ships, clipper ships and Royal vessels.

H.S.Tuke made painting trips to the South of France, Italy and Corfu. He travelled to the West Indies in 1923 and painted local watercolours scenes including  ‘Kingston Harbour’.

Royal Society of Painters in Watercolour.

Royal Institute of Painters in Watercolour

Royal Society of Painters in Watercolours 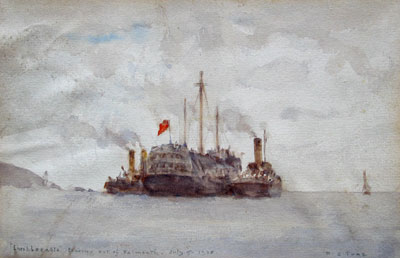 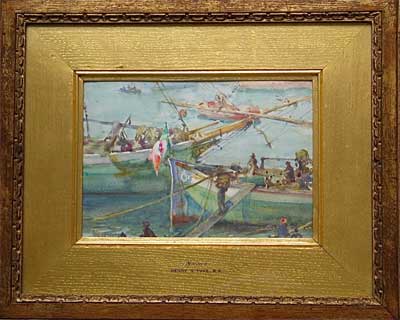