Julian Trevelyan was born in Dorking in 1910. He was educated at Trinity College Cambridge, reading English Literature and then at Bedales School and is known as an artist and poet.

From Paris he moved to Durham Wharf in 19354 by the Thames in Hammersmith  where he later became a Surrealist and exhibited at the International Surrealist Exhibition.

In 1950 he started teaching history of art and etching at the Chelsea School  of Art until 1955. During this time he married Mary Fedden in 1951

During the late 1950’s to early 1960’s he went on to work as Head of the Etching Department at the Royal College of Art. His students included Norman Ackroys and David Hockney.

He promoted etching and in the 1960’s produced the Thames Suit comprising 12 views of the River Thames.

During WWII he served as a camouflage officer and served with the Royal Engineers during the years 1940-1943.

Fellowship of the Royal College of Art 1986 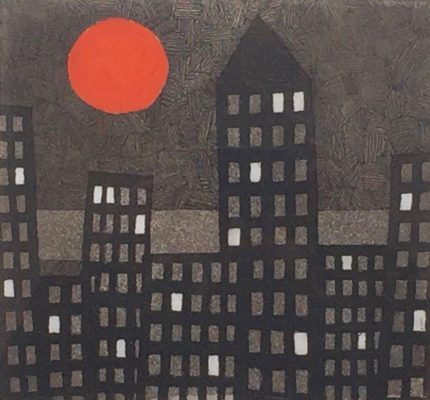 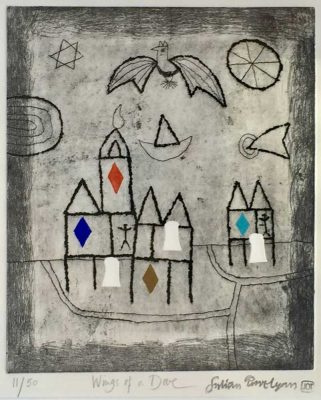