George Soper, RE (1870-1942) and his daughter Eileen Soper, RMS SWLA (1905-1990) together produced an appealing image of Britain. George did so through his paintings and prints of workhorses and other passing rural life; Eileen did so through her depiction of the wildlife in her garden: the badgers that fed from her hand and the birds that nested in her hair. Eileen’s sympathy extended to children; the youngest ever artist to exhibit at the Royal Academy, with her etchings of children at play, she was also Enid Blyton’s most enthusiastic collaborator, being the illustrator to the Famous Five series of books.

George Soper was born in the London Borough of Hackney in 1870. Little is known of his early life or artistic training, but he is known to have exhibited work at the Royal Academy from as early as 1890. His contribution to the first number of Golden Sunbeams in 1897 suggests that he received some training, as the periodical’s other illustrators were young artists of the circle of Charles Robinson, who attended art schools in North London.

On the birth certificate of his second daughter, Eileen, who was born in 1905, George Soper is described as `artist-black & white’, and at the turn of the century he contributed to such periodicals as The Illustrated London News, Cassell’s Magazine and The Graphic. He rose to illustrate such gift books as Lamb’s Tales from Shakespeare (1909) and The Arabian Nights (1913), but throughout the nineteen-twenties concentrated upon etching, returning to illustration only in the ‘thirties, when he contributed to children’s books and periodicals, such as Boy’s Own.

In 1908, the Soper family moved to Harmer Green, Welwyn, and there, in four acres, George Soper tended a garden of exotic plants. From her earliest years; Eileen desired to follow her father’s career and in these rural surroundings an artistic relationship flourished. George’s skill in capturing figures in action was rapidly mastered by Eileen and perfected in La Barriere Cassee and The Swing, etchings which she exhibited at the Royal Academy in 1921: Only fifteen years of age, she was the youngest artist to have exhibited at the academy, and was heralded by the press as a child prodigy. Between 1916-1920, George Soper studied engraving at the Royal College of Art under Sir Frank Short, the figure who was largely responsible for the technical excellence in British etching during the inter-war period. Soper’s etchings, aquatints and woodcuts, printed by hand, which depicted rural life prior to mechanisation, display the great degree to which he absorbed Short’s lessons the acclaimed critic, Malcolm Salaman, was able to write that ‘altogether, Mr Soper has certainly found his metier on the copperplate’.

The inter-war period was particularly fruitful for the Sopers. When excused from aiding her father with his etchings, Eva, a skilled potter, produced designs for Royal Worcester, while George and Eileen spent much time in each other’s company painting in oil and watercolour. The flora and fauna of the increasingly wild garden and the surrounding Hertfordshire countryside proved inspirational to them all.

After her father’s death in 1942, Eileen channelled her energy into the garden that he had created and into her work as illustrator to Enid Blyton. Commencing a twenty-year long partnership with Enid Blyton in that year, it was Eileen who produced the characteristic images of the Famous Five, beginning with Five Run Away Together in 1944. The series of books provided perfect subject matter for an artist So skilled at capturing the liveliness and spontaneity of children.

The appearance of badgers in her garden in 1956 led Eileen to produce When Badgers Awake in 1957, and this launched her, in the year that she named her house `Wildings’, as a wildlife artist and writer. The economy of line. and accurate observation, which critics had praised in the etchings of children in the nineteen-twenties, was similarly applied to her observation of wildlife; from illustrative sketch she progressed to large watercolour, producing a remarkable portfolio of badgers, the rare muntjac deer and various small birds and mammals.

George and Eileen Soper were both frequent exhibitors at the RA, RWA, Royal Society of British Artists and RSA; George was elected to the membership of the Royal Society of Painter-Engravers in 1920; Eileen was elected to the Royal Society of Miniature Painters in 1972, and was a founder member of the Society of Wildlife Artists. This exposure and the contemporary response of the Sopers very diverse output was greatly in contrast to Eileen’s cloistered existence. She shunned publicity and halted recognition of her father after his death by refusing to acknowledge the existence of his artwork at Wildings. However; since her death, interest in the Sopers has mounted once again. In 1990, H. F. & G. Witherby Ltd. published George Sopers’s Work Horses by Paul Heiney, and Wildings, The Secret Garden of Eileen Soper, both receiving much positive coverage. 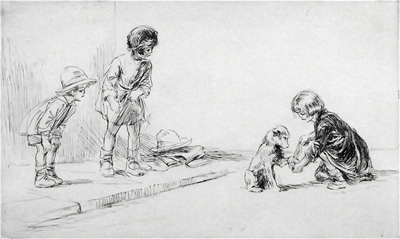 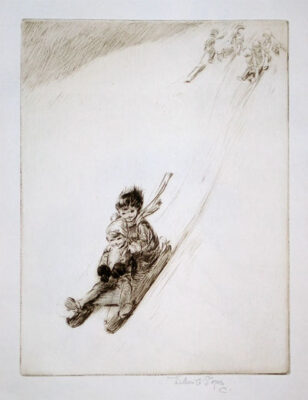 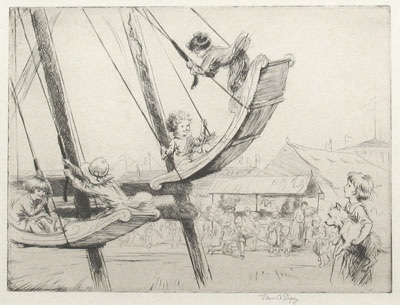 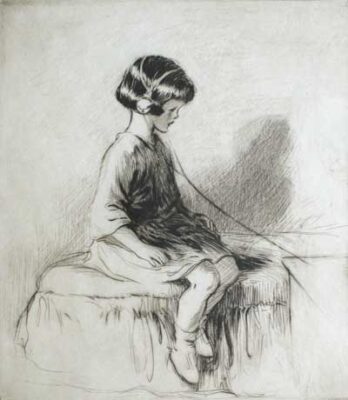 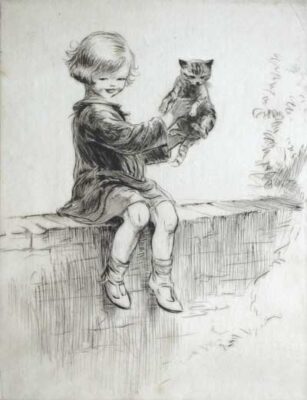 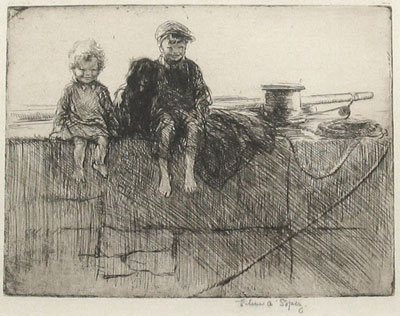 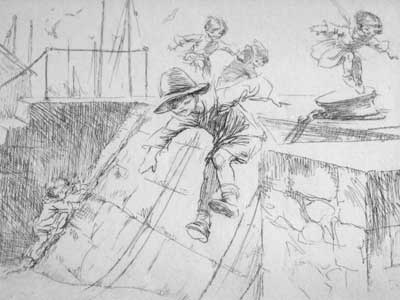 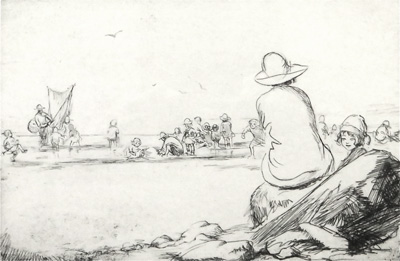 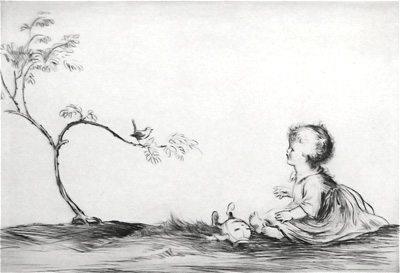 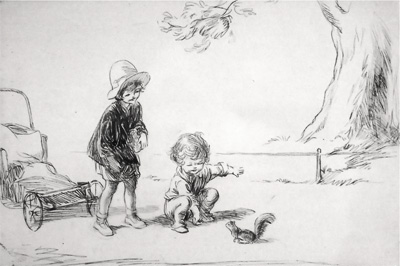