Cecil Aldin was born in 1870 in Slough and studied at Eastbourne College and Solihull Grammer School. Between 1913-1914 he lived at the Abbots, Sulhamstead Abbots.

In the early 1890’s his drawings appeared in popular magazines including the Graphic.

In 1894 he illustrated stories from Rudyard Kipling’s The Second Jungle Book and also the 1910 edition of Charles Dickens’ The Pickwick Papers. Further work included The Bunch Book, about Bunch, a Sealyham Terrier, by James Douglas.

Other work around the early 1920’s include a book on Old Manor Houses and Old Inns.

Cecil Aldin was a keen sportsman and a Master of Fox Hounds which explains why many of his pictures illustrate hunting.

He published a book called Sleeping Partners which included his own Irish Wolfhound Micky and Cracker, a Bull Terrier, with a dark patch over one eye. 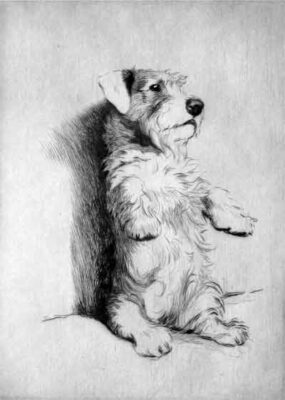 Title: For what we are about to receive.
Medium: Original signed etching 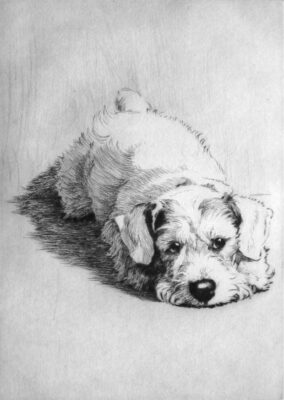 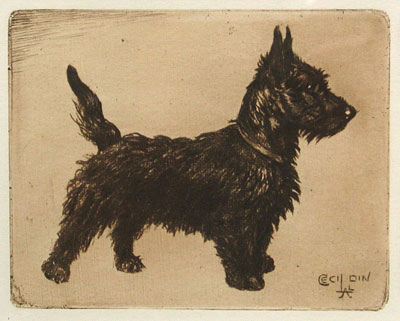 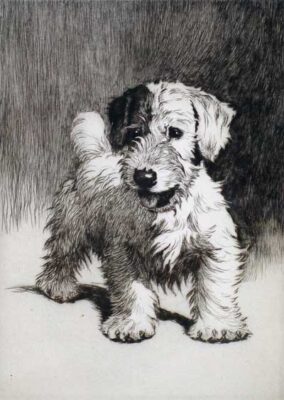