Sandra Blow was a an English Abstract artist and a leading member of the British abstract movement of the 1950s.

She was born in London in 1925. As a child she suffers from scarlet fever and spent much of her time painting. She died in 2006 in Truro Cornwall.

She enrolled at Saint Martins’s School of Art in 1941 and the Royal Academy Schools in 1946. Later she enrolled at the Accademia di Belle Arti in Rome meeting Alberto Burri who she worked with in Paris and influenced her work.

She taught at the Royal College of Art from 1960 to 1975 after becoming an honorary Fellow. Elected to the Royal Academy in 1978. 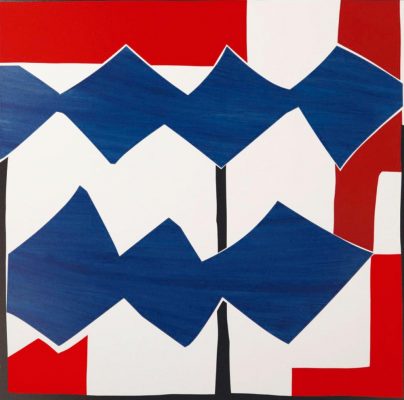