Gudrun Sibbons was a marine and landscape painter in oils. She was born in Germany in 1929 and studied art until she became a nurse in the War. She met her husband Bill, married and moved to London in 1949.

She started sellling on the Hyde Park railings in London in the 1950’s. Some of here important buyers included David Niven and Erroll Flynn which helped boost her fame.

Many of her paintings have dark powerful skies inline with the old masters and many have windmills and church spires which are believed to be Salisbury Cathedral.

Now living in the South of England. 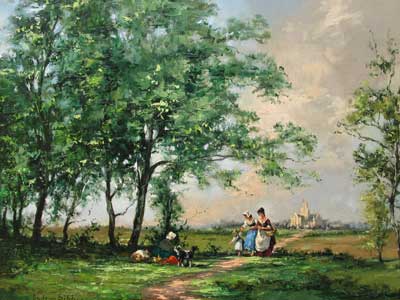 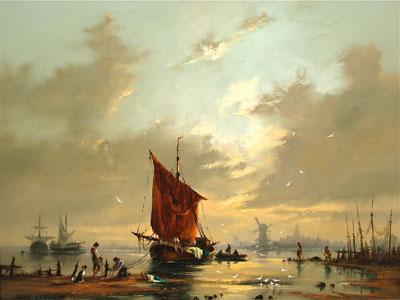