Augustus Edwin John was born in Tenby, Wales, in 1878 and became a portrait, decorative painter and etcher. He was the brother of Gwen John 1876-1939.

John studied at the Slade Art School in London from 1894-1898 after which de traveled in Europe and spent many holidays travelling with gypsies.

He married Ida Nettleship and became father to Edwin and Vivien. Around this time he became Professor of painting at Liverpool University and trustee at the Tate Gallery.

In 1900 and 1918 he lived in London and in 1915 in Parkstone, Dorset. At the end of his life he lived at Fryern Court, Fordingbridge, Salisbury, Wiltshire. 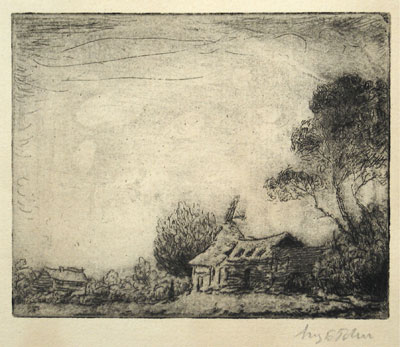